The Copper Cascade: A Virulent ChapBook by Kneel Downe, foreword by Steve Taylor-Bryant, is the “first in a series of Virulent ChapBooks which introduces readers to the characters and concepts of Kneel’s universe”. Apparently there’s a giant and complex VirulentBlurb corpus from which this collects a coherent short selection of extracts, but it stands well enough on its own. The constructed story itself reads to me as as a kind of alternate X-Men tale, of superheroes and villains, mainly from the point of view of the Magneto-like character Dark Deliverance, and interviews by the detective Kurt Lobo. I’m not super interested in diving into the deep water of the entire corpus, but this was interesting and complete in itself. So it could serve as the first step down the rabbit hole, or be a quick satisfying read. For me, it’s going to be the latter. 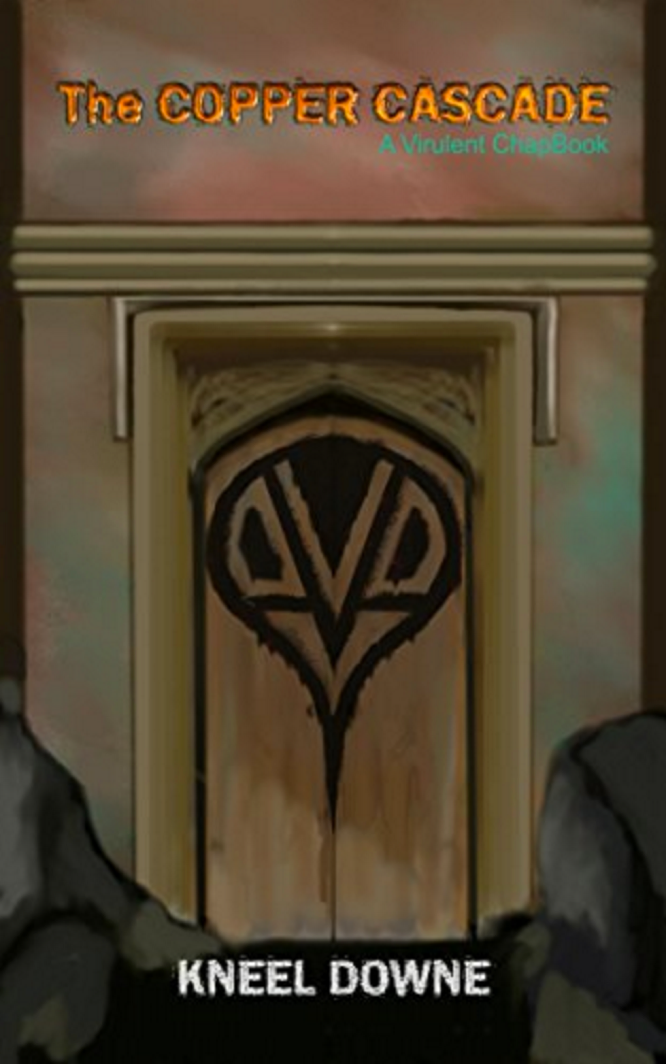 Originally posted on my personal blog at The Copper Cascade