RIDE from The Janos Corporation purports to be written by a pulp-era writer Henry Abner, and from “newly discovered manuscripts … currently being edited and released” after his death.

The fictional author Henry Abner is described as “the pen name of hard-boiled fiction author Henry Abner Sturdivant” who “had a long career in law enforcement, and served as the chief of police of Washington, Georgia from 1921 until his death in July of 1935”. When I looked there were no authoritative external references anywhere other than a Wikipedia page presented with a straight face for Henry Abner. I pretty much convinced myself that Henry Abner is as much a literary fiction as “his” works. Turns out now that Wikipedia page has since been deleted and there’s a talk page about Henry Abner’s page as hoax. Guess the actual author also created a gallery of shopped images which I didn’t find when I was looking, until now. But, you know, well played, I suppose: a little bit of promotional fun.

This book is first in the Tales from the Goddamned Lonely Universe series, for which there is another volume. There’s a third volume which is the first in The Goddamned Lonely Universe Saga, apparently a different series. Nothing new in either sequence has been released in the interim between my read and this review, and there doesn’t appear to be any discussion of other volumes on the JanosCorp website, so maybe that’s all we get, but if this collection is any indication of the others that’d be a shame, especially as it seems like there were plans for more.

RIDE is a collection of stories held together by the presence in them of a particular robotic taxi. I found a feeling of familiar fictional future here. The taxi reminds me of the one driven by Korben Dallas in The Fifth Element, and the neo-noir setting seems quite similar to the gritty, grungy future New York in that film. My mind also included Harry Canyon’s taxi story from Heavy Metal. There’s interstitials between each story with in-world ads, which adds a kind of Verhoeven touch, that for me included by indirect reference the feeling of Robocop‘s Detroit. The stories don’t feel dated; since, you know, they aren’t actually old that makes sense. It’s a fun and interesting collection for fans of the genre to dig in, and suggests a lot of promise for the other “Henry Abner” books, which I’ve already added to my to-read stack. 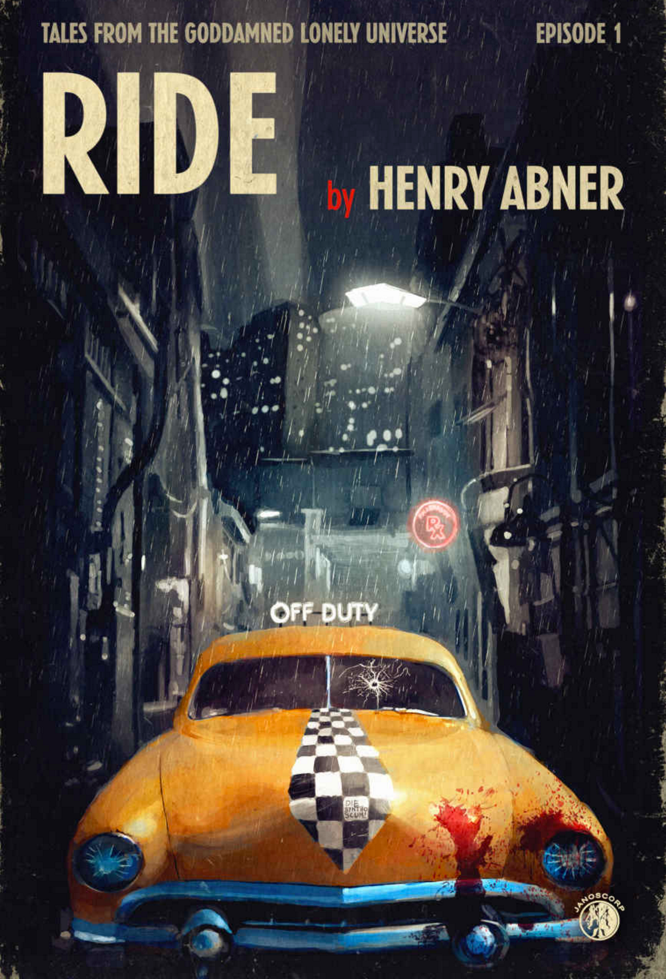 Originally posted on my personal blog at RIDE