From the dawn of the hobby, a classic space game returns . . . Triplanetary depicts ship-to-ship space combat in the Solar System! 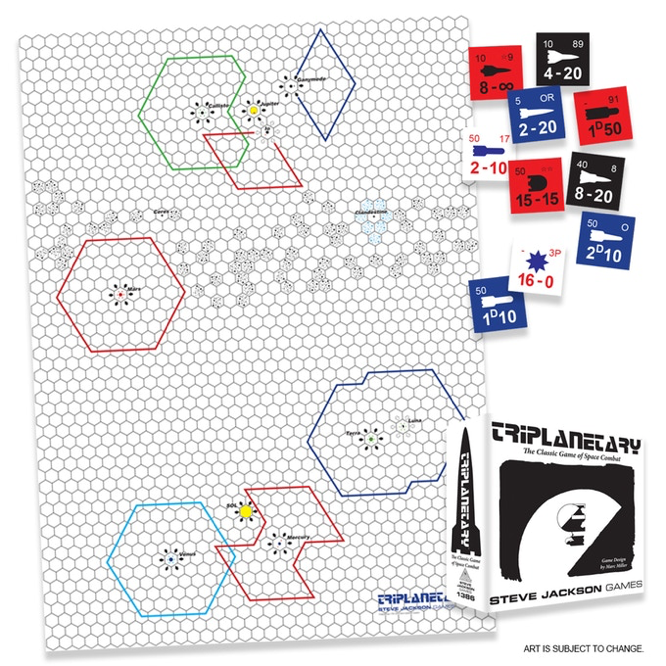 Triplanetary depicts ship-to-ship space combat in the Solar System using a vector movement system. It was designed by Marc “Traveller” Miller and first released in 1973. A second edition was released in 1981, but it’s been out of print since then.

Now, this long-lost game returns with a larger map and 5/8” counters! The new edition contains an alternative combat system for those who like more detailed space warfare, but the original rules are included and play just as well as they did in 1973.

Triplanetary is fun to play solo, and has scenarios for two, three, and four+ players. The quick, intuitive movement and combat rules are unchanged. All the scenarios from both editions have been collected, and new campaign rules added. This edition is lightly edited by Steve Jackson, who has been a Triplanetary fan since his college days.