In 2017, I started streaming again, after a hiatus. As a side note, my first stream was playing Fallen London back in Sept 2014, and I was muted for the first 6 minutes of that. Wild to look back as see myself from just a few years ago.

So, I’ve been streaming for years, but not regularly. This last year I have started trying to be more regular. The schedule I’ve been trying out has been Wed-Sat at noon Pacific, for around an hour. I’ve mostly been sticking to it, but I’ve stumbled as well.

I’ve been using Restream so that I can broadcast simultaneously to Twitch, YouTube, and Mixer. They sent me an interesting little summary of my streaming for last year. 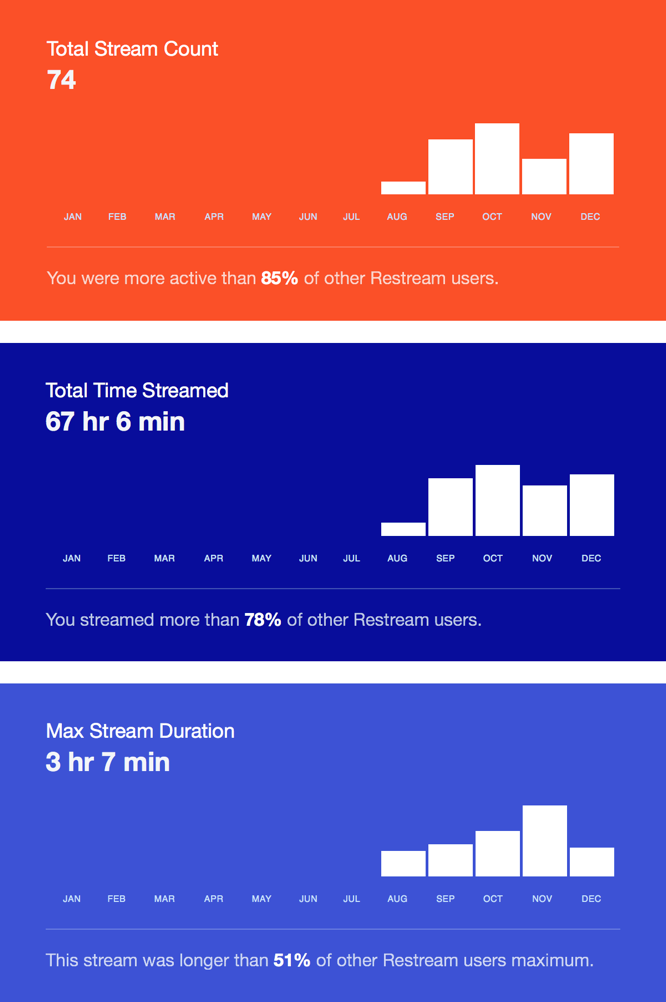 Since I got my new broadband installed in August, I streamed 74 times for a total of 67 hours through the end of 2017. My longest stream was 3 hours. Apparently I’m more active than 85% of Restream users and have streamed more hours than 78% of them.

That was essentially just in the last 4 months of 2017. That’s wild. If there’s that many people behind me, that long tail is long, innit?