I had the chance to have a conversation with streamer Lokisaul who is a Twitch Affiliate and member of the Nomads. You can also find Lokisaul on Twitter, and he’s got a Discord server. Lokisaul was selected by the Nomads as Streamer of the Month for March 2018. 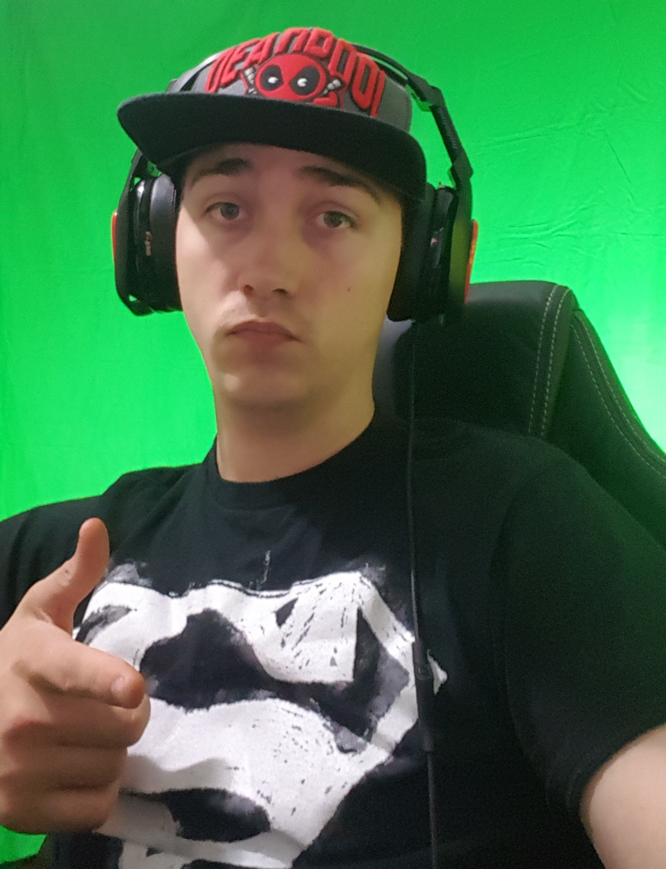 I’m 22 and currently in the USAF as my main focus, but I’m a Nomad in my free time.

I didn’t really have the access to games growing up but once I bought a PS3 (and eventually PS4) with basic games such as Fallout and Metal Gear Solid, I quickly fell in love with being able to shoot my problems away (virtually, of course).

As a variety streamer I’m here for the fun of it.

I can’t help but ask, since you mentioned it: given that you said you like to use games to help you deal with problems, how do you feel about the suggestions that link violent games and violent behaviour?

I feel that it’s a way to escape reality, but I don’t think its the reason violent behavior exists. My personal opinion, not as a Nomad or representing the US military, is that it’s how you are raised. Now on the other hand I’m looking at research that suggest that FPS games can hurt your long term memory, but it’s an incomplete study.

Interesting stuff, and I think talking about this stuff is important, but also that we talk about it shows that the culture cares about these things too.

I’m an active member of the Nomads, but I’m not on one of the esports teams. I’m there for the community of streamers, and to provide support to other streamers.

How’d you get first get connected with the Nomads?

Funny story! When I first started streaming I decided to grow my twitter by following a bunch of other small streamers. The ones I noticed were active I followed on Twitch and if the streamer seemed to be wholesome I would sub to the to see there reaction. Well, one of these people was [Twitch streamer and Nomad] Mo0ch2686. He was so excited to chat and was very talkative. I was hooked on his stream. After being in his chat and getting to know the other people, the Nomads gave me an invite to be apart of the team. 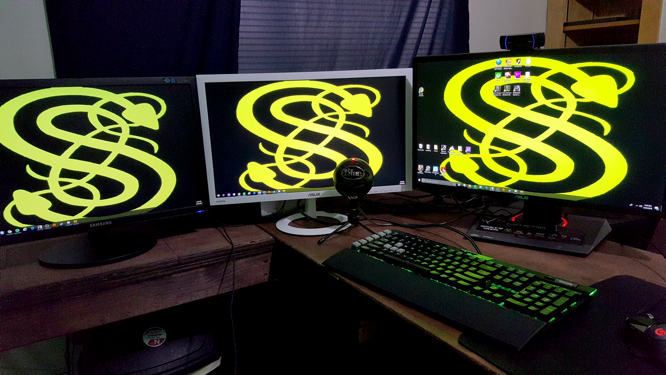 Three screens sounds pretty great for having everything up at once!

I wish I knew that I don’t have to be good at a game for people to watch so to not get frustrated with it. That people will come watch if I was happy with my games.

Oh, man, that’s good news for me too, because I’m awful at games, if I’m honest. I try to stop if I’m feeling too salty, so I keep it fun for everyone, including myself.

Do you do anything to help you keep the right mood for streaming? Like take regular breaks, or chill out before and after?

I’m not sure if you want to have this in the interview or not but I take in a lot of nicotine (dip) to keep myself leveled in all aspects of life.

Sounds like you might do that even if you weren’t gaming? But, I know that I make some less healthy choices while I’m streaming, like more caffeine and sugar, than I would if I weren’t. There’s been a lot of focus on health in the gaming and streaming communities lately, like new rules about how long people can stream on Twitch before taking a break, and so forth. Do you think gaming culture is less healthy than the general population?

It’s all a matter of person to person. Do I believe it’s a good thing to sit in a chair for 8+ hours? Probably not, but it’s not uncommon for a gamer to work out or eat healthy. All in all, I’ve seen unhealthy on both sides and as I have seen super healthy on both.

Do you do anything extra to stay healthy?

I work out 3 times a week and eat home cooked meals more often than not.

Do you have any stories about something funny that’s happened in chat to share?

The first thing that comes to mind is when I would donate to a Nomad member but I would put their own name as my nickname, this would say that they donated to themselves and the would freak out and be confused. (I’m slightly a trolling person.)

Ha! Yeah, tipping with funny names is a good one!

I started streaming on my PS4 on August of 2017 and switched to PC in November.

Do you still play both? On stream? And, what brought about the change?

When I started streaming I was on PS4 but once I started to play Playerunknown’s Battlegrounds, I switched to PC fully and sold my wallet to the Steam store.

Oh, yeah. Having to follow the games to whatever platform … there’s lots of games I think I’d play if I had the right console or whatever. But, wow, I’m better now, but I have a ton of games in my Steam library, because they were on sale, that I’ve not played at all yet.

Playerunkown’s Battlegrounds, Fortnite, Escape from Tarkov, and Sea of Thieves.

Any games coming out you are particularly looking forward to playing?

I’m waiting for some console games to go to PC, such as God of War and Gears of War.

To help make a good name for myself and the Nomads, while bringing a community together.

What do you do in particular to build community around your channel? Do you run one of the loyalty programs and have any giveaways you want to mention, or something else?

As a streamer, I’m here for the fun of it. I don’t need the money as I already have a paycheck. So, I don’t like to bribe loyalty. I just support others and make myself known. I feel if I have 1 active member or 20, I’m just happy to be able to talk to someone and get to know their culture whether it’s someone a state over or across the pond.

Thanks to Lokisaul for talking with me, and be sure to check out his stream!