I had the chance to have a conversation with streamer IceMan who is a Twitch Affiliate and member of the Nomads. You can also find IceMan on Twitter, and YouTube. IceMan was selected by the Nomads as Streamer of the Month for January 2018. 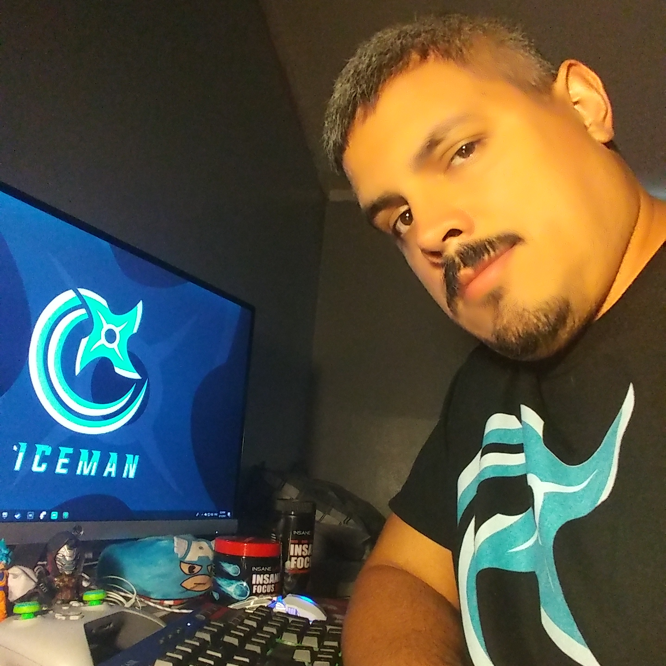 I was born in Chicago but raised in Texas where I live now. I’ve been playing video game for as long as I can remember which is why I love them so much.

I’m good at shooters but I’ll play any genre. Along with video games, movies and cartoons have been a big influence on my life. Teaching me right from wrong, how to be a better person, never give up if something seems hard are a few things that I’ve learned playing video games. I’ve been called IceMan since I was a kid. Many people think I get my nickname from the X-Men character IceMan but those that know me best know it comes from the movie Top Gun one of my favorite movies.

As a streamer I’m no different from how I am in real life. What you see is me playing video games and reacting how I would when not in front of the camera.

Being named IceMan, I try to stay cool headed, a regular cool guy that you want to game and hang out with.

It’s interesting that you talk about how games, movies and cartoons have helped teach you some good life lessons. So many times when games and things are brought up, they end up being blamed for bad behaviour or as a bad influence. Is it just that games and thing are part of the youth culture of recent generations? What would you say could be done to show games as a good influence on people?

It’s not recent at all. Playing early Mortal Kombat was a huge issue because of all the blood and gore. Compared to now however that game’s gore is nothing. Different generations have all had their games scrutinized by people. As to what can be done people need to stop looking for something to blame for the human mistakes. Whenever a shooting happens games and violent movies are the first things to get blamed by most people but my friends and myself have played some very violent games but we’re not shooting anyone or robbing cars. We as a society just don’t want to accept that there are people out there that just want to cause chaos and unrest in everyone’s lives.

Perhaps there’s also something about context. People try to understand new things in the context of something they already feel they understand, or are at least familiar with. I remember my grandfather got angry at the tokens that the video arcades used, because he thought it was gambling. So the broader gaming as a community gets, perhaps the more understanding of it there will be, I wonder.

In that case how much broader must it get? It’s true people sometimes fear what they don’t understand but with events like E3, EVO and many others one could say that video games have become or are becoming mainstream. The context is there if you take the time to understand it then i think we’ll start to see the blame come off of videos games. The other question is just how long will that take? Only time will tell.

That’s a good point. I mean, when there’s recent streams with a million viewers and enough people watching live streams on Twitch to populate a city … as you said, “How much broader must it get?”

Making YouTube videos would be the other thing I’m working on. Trying to give my viewers a chance to catch up on any cool stuff whenever possible.

What sort of videos are you making on YouTube? Any stand out example you want to share?

Right now just some highlights of past streams. My more popular videos are of Fortnite and PlayerUnknown’s BattleGround.

Great! I hope people take a moment to check those out. When videos expire on Twitch, it’s nice to have a longer term archive to show people. 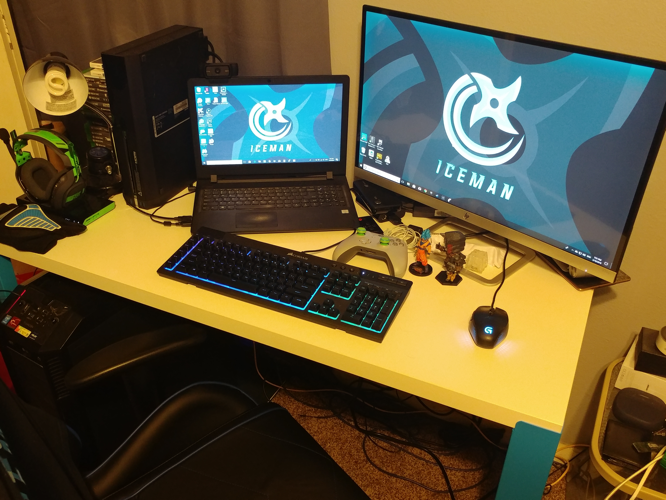 Right now I have an Xbox One and PC. PlayStation 4 to come very soon.

Best advice I’ve gotten was from my girlfriend. She said use what you’ve got. Don’t worry about having a green screen or crazy PC right now. All that will come later right now just get your personality out there.

That seems like really good advice! Just get in and do it, and only spend extra money on special equipment later when the time comes that you need it to keep growing.

I’ve been streaming since June of 2017. One year anniversary coming up.

Congratulations on the upcoming milestone!

What’s your next milestone that you’re trying for with your stream?

I would say the short term milestone would be 1000 followers and 50 subscribers. For partnership, I need an average of 75 viewers in 30 days which is pretty tough.

Oh, yeah, it’s a big leap from the numbers needed on Twitch for Affiliate to Partner. Best wishes for your climb up that ladder!

A few different games. PlayerUnknown’s Battlegrounds and Fortnite being the most popular. DragonBall FighterZ, Rainbow Six Siege, Monster Hunter World, Sea of Thieves, and SOS. I’ve been looking for more while not trying to break the bank.

Yeah, the struggle is real! What’s coming up that you’re excited to play?

God of War 4 and Red Dead Redemption 2 are the two I’m looking forward to. Hopefully E3 shows us some good games this year.

Right now the immediate goals are to make Twitch and YouTube partner while also making a community of cool gamers along the way. I want this to be my career and that’s going to take a lot of work on my part.

So far the fans that I have made have also become my gaming friends which is what I would like, have a bunch of cool people being friends and gaming with each other.

Thanks to IceMan for talking with me, and be sure to check out his stream!