Saturday was International Tabletop Day, so several of my D&D Spelljammer buddies and I decided to do a mini-marathon. We started at 4am my time, and, wow, I was tired and wiped out when we finished that afternoon!

We had players from across Europe and North America playing a tabletop Space Hulk game, carefully marching through a ship to rescue people from the Genestealers, followed by an intermission with a video on how to play my NecronomiCards solo variant, and then another session of D&D Spelljammer actual play in our ongoing campaign, where we had a bit of slaughter in Jurassic Park. 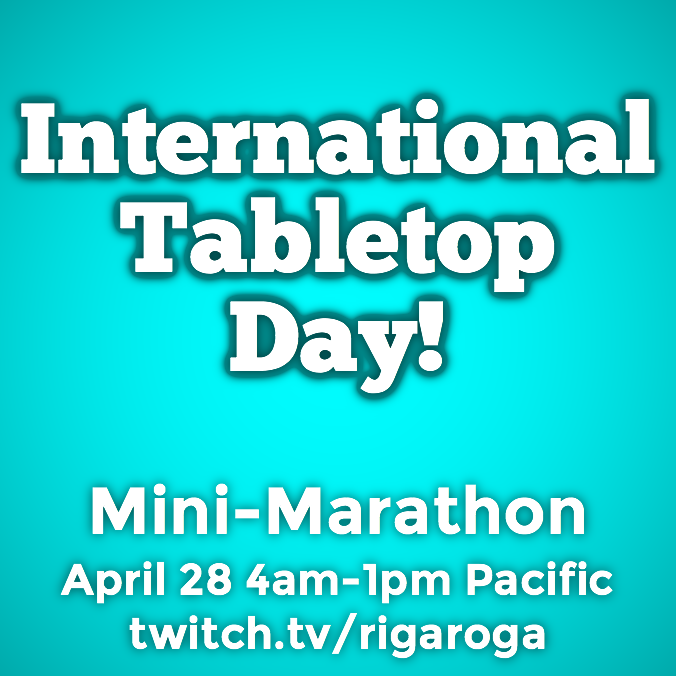 This weekend also marked my penultimate days as Nomad’s Streamer of the Month for April 2018. Today, as I write this, my reign of terror has ended. The SOTM is dead, long live the SOTM! I’m super grateful for being selected, for the support from all the Nomads this last month, and I’m excited to find out who the new SOTM is for May. 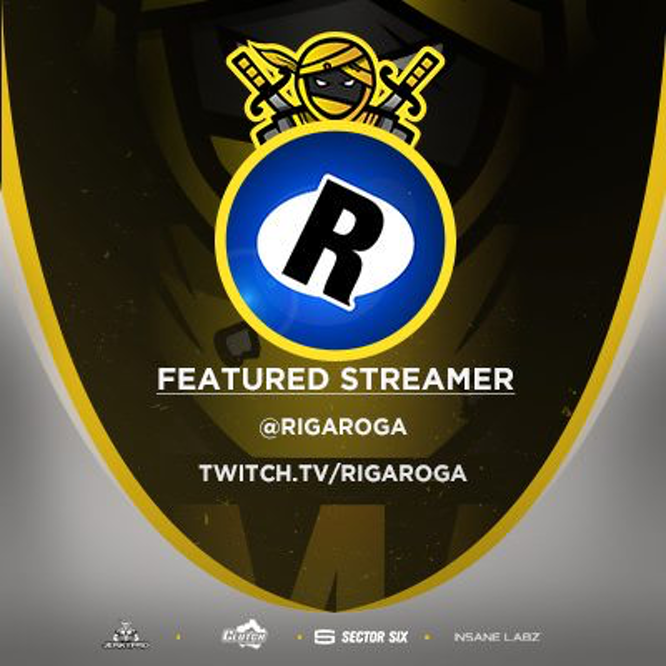 Since finding out that I was selected by the Nomads as SOTM, I’ve streamed every day last month. During that time of extra activity, I started up an experimental Cooking with Rigaroga! series, reached 250 total hours of streamed content since I started back in 2014, and hit the additional milestone of having streamed for 25 unique days in the month.

For several weeks, I’ve been doing an IRL cooking stream three times a week. It been fun to experiment with a “remote” streaming setup in my kitchen, using my cell phone and a tablet.

I had some technical issues with audio, and experimented with that for a while; ended up getting a new lavalier mic and discovering that being plugged into the wall socket caused some truly awful sound interference. But, as I did it, thing got better! I also had come great fresh food, and fun conversations with those who came to hang out with me whilst I cooked and ate dinner. 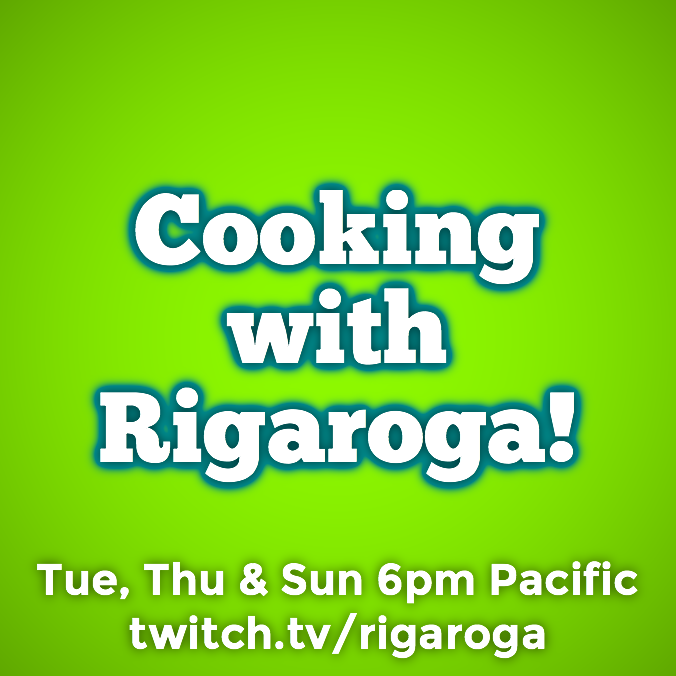 Later today will be the last Cooking with Rigaroga stream for a while, as I’m putting that series on hiatus until some time after mid-June, but it’s been super fun and I look forward to doing more of those again, in a few months.

I reached a total of 250 hours of streaming content, from my very first stream back in September 2014, through an hiatus whilst stuck without bandwidth, through this recent period of increased activity since August 2017 until now. Most of my content has been in the last few months, as I’ve been streaming more regularly and longer, especially with the three tabletop roleplaying series I’ve been participating in this year.

Streaming regularly, on a regular schedule, and for longer periods, is something that I’ve struggled to do. But, being the SOTM has been a great chance to try harder. I had this audience of fellow streamers putting in the extra effort of supporting me and I didn’t want to waste that!

I passed the Twitch achievement of having 25 unique days of streaming in April because I was on every day.

Now that it’s a new month, I’m going to pull back a bit so I can also focus on some other things I need to do in the next couple of months. Primarily, that is getting ready for a big move across country, moving across country, and then settling once I get across country.

Amusingly, I’m essentially doing a reverse Oregon trail for this one. It’s a long trip, and I’m moving to a region I’ve never lived. It’s daunting, but I have hope it will work out for the best!

Also, I’m looking forward to getting everything set up so I can start streaming again, from a new timezone!

I hope the cats and I make it safely there and can hardly wait to get settled in the other side.