Guest author Jarin DND the Disabled DM writes about Power Up Gamers: Roleplayers for Accessiblity, a group dedicated to making games more accessible to a wider variety of people, especially those with sensory impairments and learning disabilities, and their D&D 5e supplements L’gat’s Tome of Amazing Creatures, L’gat’s Tome of Amazing Creatures 2 of which is currently crowdfunding, as in, there are only a few hours left and they are very close to meeting their funding goal, so go check it out! 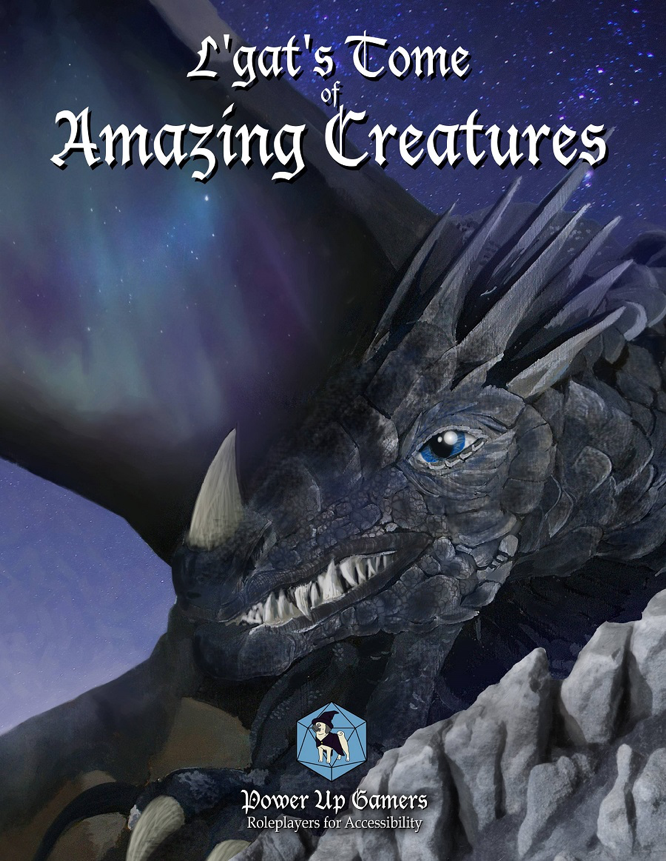 Power Up Gamers started in 2015 as a single YouTube channel for Jarin DND the Disabled DM. It was a place for him to talk about his experiences as a disabled role player and Game Master. This quickly grew into a Facebook group where others could shared their own experiences.

Two years later and the community has grown to support various charities such as the Special Olympics, Child’s Play, RPG Research, the D.O.T.S. Program (a currently private effort to 3d print Braille dice and Braille RPG Supplements in order to give them free to players who are visually impaired), and others. To date, they have contributed over $500 USD and over 100 hours as volunteers.

In addition, since 2017, Power Up Gamers has grown to include a publishing arm, which has the stated goal of raising awareness of the difficulties players with visible or invisible disabilities experience and training those interested with a plethora of techniques and methods that can both support special needs and improve storytelling in general. To support this mission, the publishing arm has specifically allocated 10% of all profits to go directly to one of the chosen charities in addition to fundraising events such as sale days in which 100% of their profits will be donated to charity and events where Power Up Gamers host gaming sessions with any donations made going directly to charity.

To date, Power Up Gamers has officially released 3 products which are all on DriveThruRPG with plans to release a fourth product on Dec 16, 2018. The first product of the three is a Fiasco Playset PDF entitled A Fiasco In Camelot and is pay what you want. The second product, also pay what you want, is a single monster PDF for the fifth edition of Dungeons and Dragons entitled The Dire Cougar. The third product is available as PDF and softcover and is entitled L’gat’s Tome of Amazing Creatures. 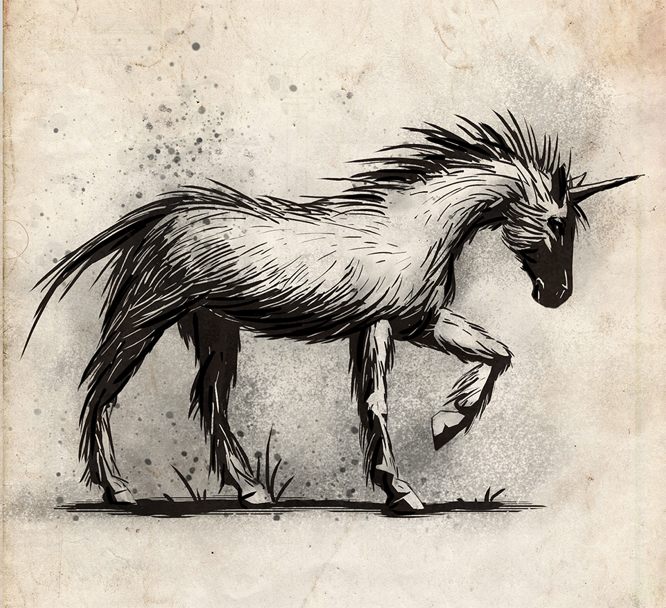 L’gat’s Tome of Amazing Creatures includes 26 new and flavorful creatures for the fifth edition of Dungeons and Dragons with a heavy theme on planar and elemental type monsters. In addition, Power Up Gamers has included various tables in this supplement including a d100 Adventure Hook Table, Challenge Rating Tables, Terrain Tables, and Monster Type Tables. Along with this, there is a section detailing 12 Locations which include Sight, Sound, and Sensation flavor text along with a suggested trap and puzzle or riddle for each Location.

Power Up Gamer is approaching the last hours of its second Kickstarter which will end on August 30th, 2018 and is currently 85% of the way towards their initial funding goal. The campaign focuses on the funding of its next monster manual, L’Gat’s Tome of Amazing Creatures 2. 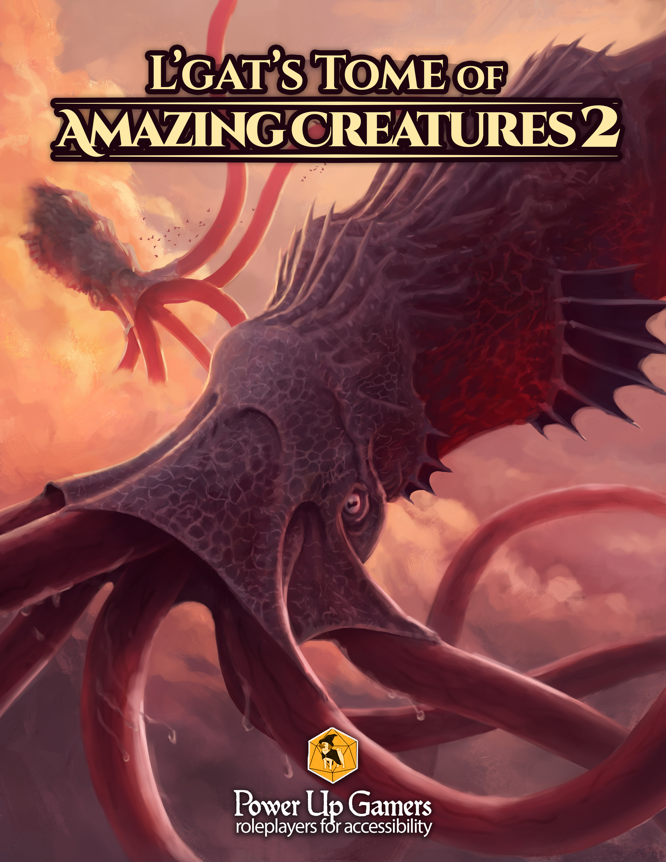 The new product is aiming to include another 26 new, flavourful creatures for the fifth edition of Dungeons & Dragons. This time we are focusing on the fantastical non-hostile denizens of L’Gat’s Prime Material Plane. In addition, much like the first volume, Power Up Gamers is including the various tables including a d100 Magic Item table and 12 new Locations.

The book will also carry the company ethos of supplying gamers with ways of making their games more accessible to a wider variety of people, especially those with sensory impairments and learning disabilities. 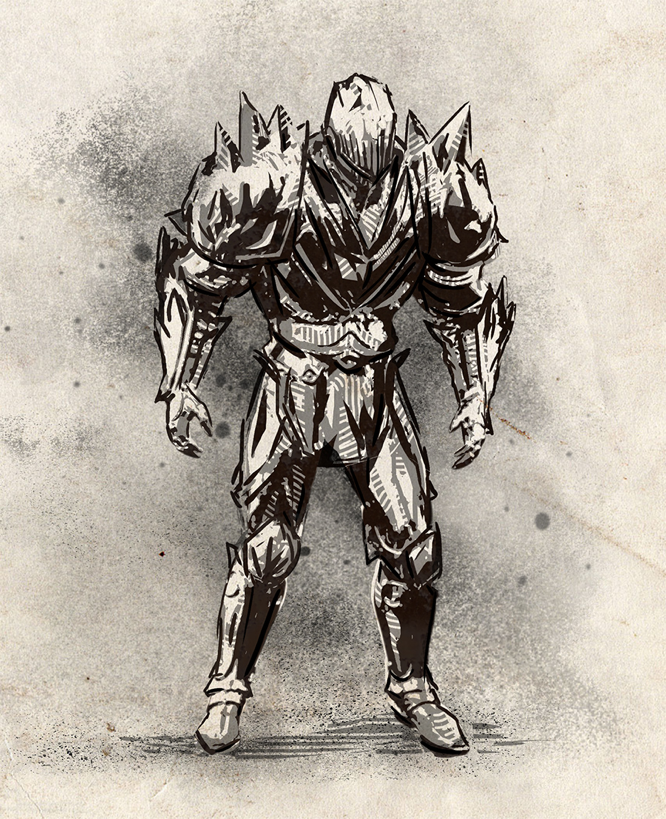 What does 2019 hold in store for Power Up Gamers? According to its Founder Jarin DND, 2019 will be a huge year for Power Up Gamers with a heavy focus on releasing smaller products more often for the fifth Edition Dungeons and Dragons along with a couple Fiasco Playsets. In addition, Power Up Gamers is striving to double their donations to charities to a total of $1,000 USD and 250 volunteer hours. Along with this, Power Up Gamers is hoping to donate PDF copies of their various products to organizations which support tabletop gaming such as RPG Research and the D.O.T.S. Program.

So, what does this mean to the average player or gamemaster? It means there will be a lot of new content available for reasonable prices that may be used in individual gaming sessions. In addition, it means that Power Up Gamers will be able to continue their endeavors to bring Accessibility and Inclusiveness to the Tabletop RPG community as a whole. In addition, it ensures that there will always be a safe and conducive environment for anyone who wishes to partake of this wonderful hobby which includes the wide range of people from various backgrounds and life experiences that can offer advice and support for the individual gamer.

Jarin DND, the Disabled DM, is the founder of Power Up Gamers. Jarin has been a Game Master/ Dungeon Master and player of D&D for over 30 years along with a published author for most of his life. He has had several poems and short stories published. In addition, he also has a speech impediment, autism spectrum disorder, and arthritis; so accessibility and inclusiveness are deeply important to him on a personal level.