Here’s a summary of Rigaroga and Odd Order activity for the year 2018.

Every year there’s so much going on, I’m sure I’m going to miss some things. Consider going through all past summaries for more details about what was going on each week of last year. However, here’s some important things that come to my mind immediately.

Personally there was a lot going on for me. The place I had been living was sold. I moved across the country, with everything and cats, in almost an exact reverse of the historical Oregon Trail. I had my computer die, and went through a 4+ month ordeal of trying to get it fixed. And, all the sundry trials and tribulations one goes through …

But, I suppose, the biggest news this year is that I became a Twitch Affiliate in March! Moving across country and losing my streaming capable machine really took a chunk out of my year, and ground my ability to stream to a halt. But, hey, it happened! I mean, that’s something! And, I’ve just recently been able to get back to streaming again!

In 2018, I became a bit demoralized and disappointed in both the community of streamers I had been active in and also in all the groups I had been doing streamed actual play tabletop rpg games with … so, I’ve left those behind and have been trying to decide what to do next in that regard.

Once burned, twice shy as far as community goes, I’m afraid; and I don’t think I’ll be trying that again. On reflection, not only were my recent attempts to participate in community foiled, but I have to recall that even in the past attempts to start Twitch PDX didn’t pan out either. I should just come to grips with the fact that I have some kind of life long thirst for community that has never, and I fear will never, be met. So, accepting that, what’s next? I don’t know how to deal with that chronic unmet feeling of needing community. That’s what I’m going to try to figure out. One some level, I think I just need to make peace with that itch that cannot be scratched, and not allow myself to be distracted trying to scratch that sweet spot I cannot reach.

Mostly, I’ll probably keep talking to myself, as one does, case in point, online, on blog and stream and video. I mean, the cats look at me like I’ve lost my mind when I appear to be talking to no one, someone other than them; but, they seem to mostly okay with my insanity, as long as food, water, petting, and treats continue to be served.

I did do a number of interviews with people who are streamers or in the streaming community over the course of the year. That’s something I’ve come to enjoy doing, originally as part of a streamer community, and then as an outsider of another streamer community. Now that I’m not going to be directly or indirectly involved in those communities, I’d like to keep doing interviews but will need to stretch my wings and reach out to others if I am to continue them.

Trying to satisfy my desire to play tabletop roleplaying games, on the other hand, I have decided to try Gloomhaven by Isaac Childres, from Cephalofair, solitaire, as a substitute. We’ll see how that goes!

Hopefully this will help me both in playing without a group and also help minimize the massive and daunting extra off-camera effort I had to make whilst doing my previous solo roleplaying video series. But, I’ve got the game, and I’m waiting on some organizational bits at the moment. Once I’ve got some of the organization sorted, I’m planning on diving in, and live streaming whilst trying to figure out what the hell I’m doing. Fun!

I did already do one Gloomhaven Unboxing live stream on Twitch, which is now archived on YouTube, so the insanity has begun, and will, no doubt, intensify.

This year, I released BIT NIBBLE BYTE, the 2018 issue and third Odd Order Anthology. The newest release joins all the others, and they’re all great! Check them all out, and check out the anthology album post on the blog for the artists who participate. 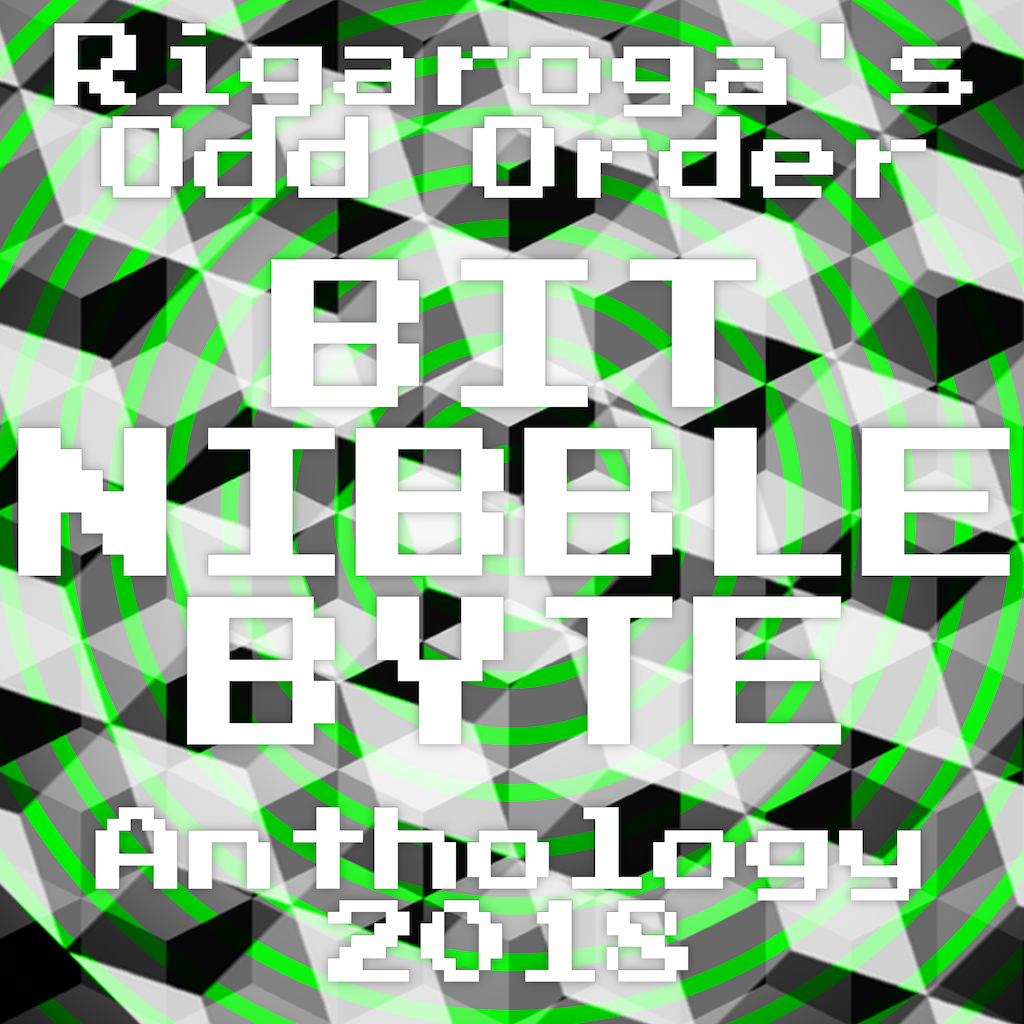 I recently created a process to pitch ideas for submissions to the Odd Order blog. This hasn’t been as active as I had hoped. The only submission to make it through the process this last year was Power Up Gamers and L’gat’s Tome of Amazing Creatures. This is the only guest post so far, but I’d hoped that there would be more. Eventually with the generous support from Patrons or Subscribers on either Bandcamp or Twitch, I hope to increase the available honorarium to further encourage submissions. But at least I am still able to offer a small honorarium along with gratitude and gratis anthology download codes!

Rigaroga is a technologist lost in the wilderness, having adventures in geekery and nerdy mishegoss. Odd Order is a place for Rigaroga, friends and acquaintances to gather online.

Watch archived streams and other videos over on my YouTube channel.

Support the stream (Tips appear on stream!), subscribe on Bandcamp, or become an ongoing Patron, get gratis music downloads, and help me geek out!