Here’s a summary of activity for the month of February 2019.

Still streaming irregularly, but I did a bunch of Gloomhaven and Illimat sessions, as well as a couple of video games I got to check out. I’ve soured a bit on Illimat, which I’ve posted about a bit already; but I’ll keep posting and playing it when I feel up to it. Gloomhaven is still fun, and there’s lots left to do. For Gloomhaven, I may be doing something with the other team, Villainous Mercenaries, soon, and I’ve been thinking I’d change up the plan a bit so they, or the other party, Heroic Misfits, aren’t completely sidelined whilst the other is playing.

Also, I may have gone a bit crazy and summoned a Black Cube. I don’t know for sure if my conjuration will take effect, but there’s that. There’s a bunch of other things I’d love to play too, like Weave: Storytelling Redefined and Dungeon Degenerates: Hand of Doom and Expedition: The Roleplaying Card Game and … and … Oh my! Anyone got some lucky lottery numbers or know someone on the inside? 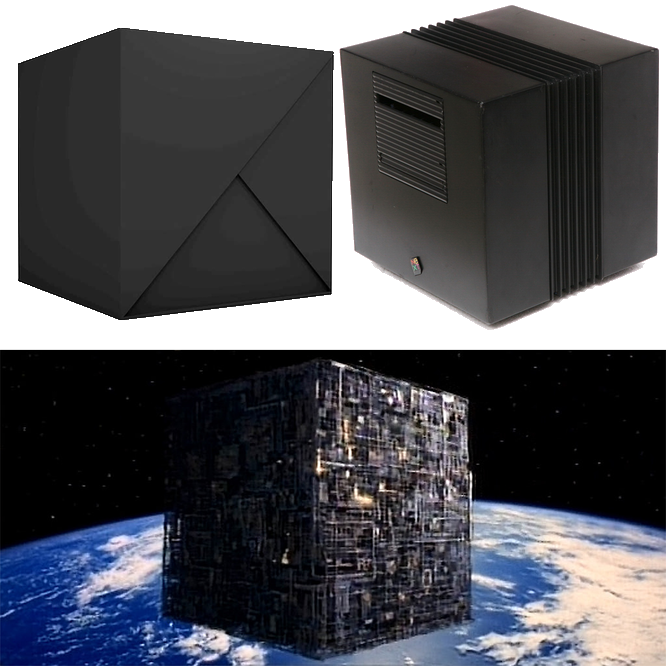 I’ve been thinking for a long time about ways to enable audience interaction in my gaming. I’ve gone back and forth on how that would be implemented and what it would do or not do. I settled on something that I’m going to try out, and we’ll see how it goes. I don’t know if anyone will jump in and make stuff happen when I’m streaming, but I wanted to have a way and have thought about it ahead of time. 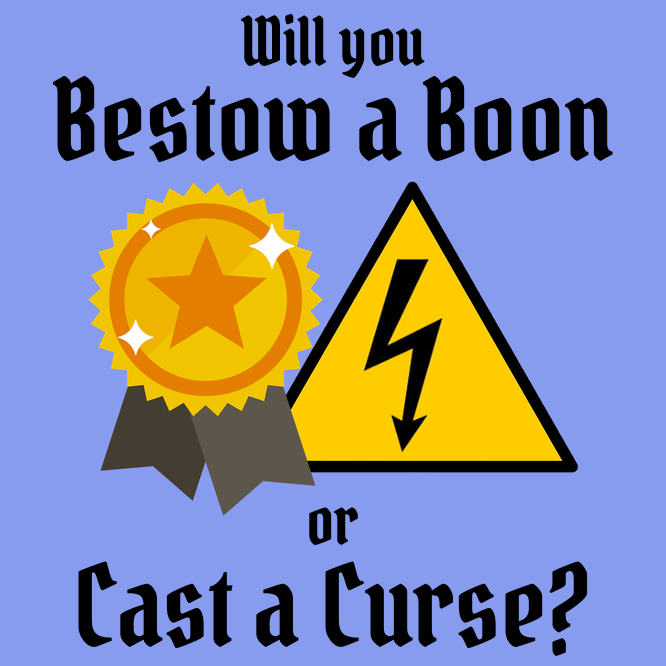 What I settled on was a way for people to “bestow a boon” or “cast a curse” via the Streamlabs overlay. that appears on the video as I’m streaming, for loyalty points that are automatically accumulated just by watching or by using cheers with bits, sold by Twitch for about 1¢ each. That way no one is left out, and everyone has a way to participate if they want; but also makes these interactions have a reasonable cost that will help to avoid antisocial things such as spamming and sniping. These are ways for people watching to create effects using the game mechanics and become part of the action as I play tabletop board and roleplaying games.

For 250 loyalty points or 2,500 bits, you can bestow a boon or beneficial effect on a character in game. For 1,000 loyalty points or 10,000 bits, you can cast a curse that creates an ill effect in game. Primarily for tabletop games, and what kind of boon or effect may be possible will depend on the game being played, but you can send your mystical or malevolent powers through the aethers!

Cool! It’ll be fun to see how it goes!

Rigaroga is a technologist lost in the wilderness, having adventures in geekery and nerdy mishegoss. Odd Order is a place for Rigaroga, friends, and acquaintances to gather online.

Watch archived streams and other videos over on my YouTube channel.

Support the stream (Tips appear on stream!), subscribe on Bandcamp, or become an ongoing Patron, get gratis music downloads, and help me geek out!

Posts on the blog this last month