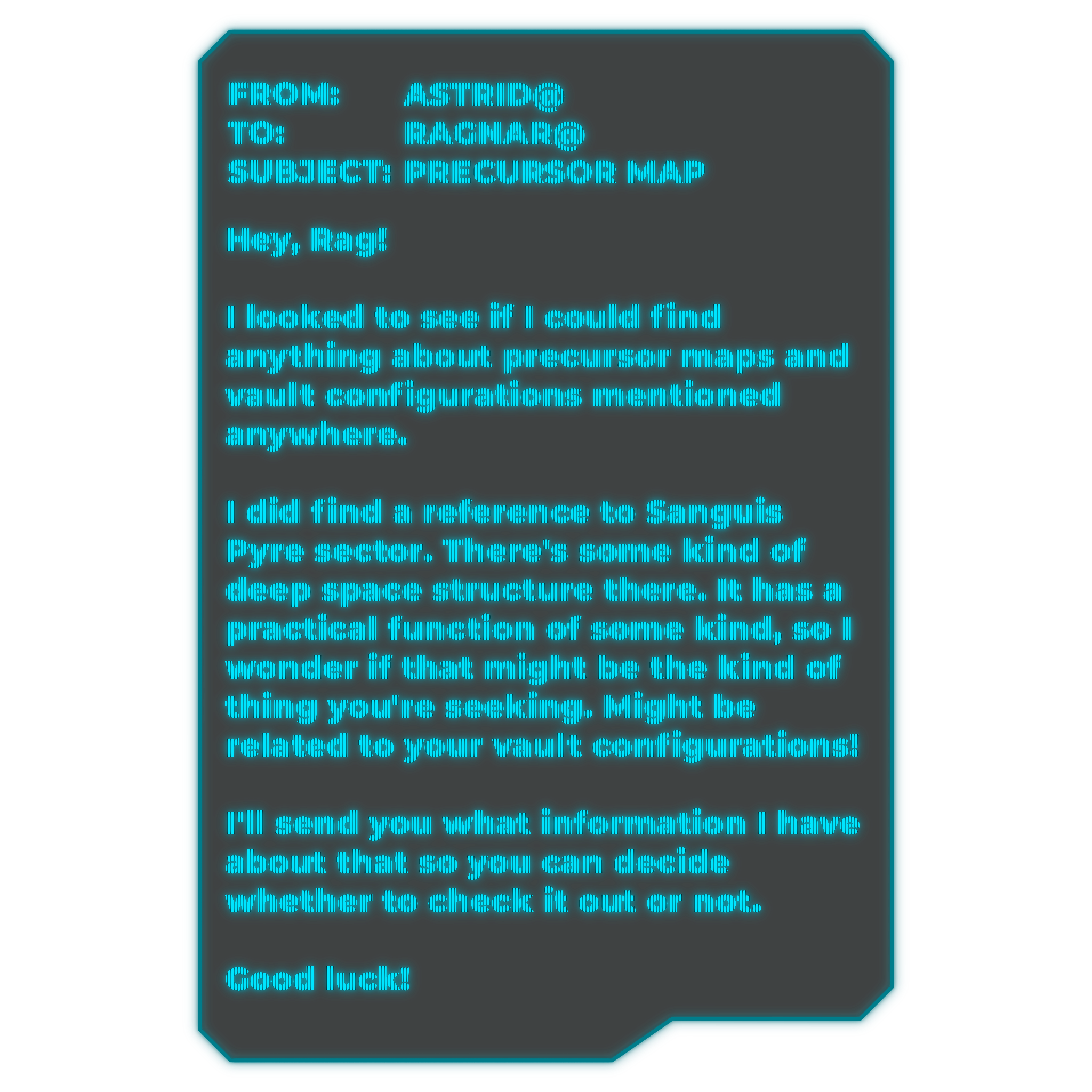 I looked to see if I could find anything about precursor maps and vault configurations mentioned anywhere.

I did find a reference to Sanguis Pyre sector. There’s some kind of deep space structure there. It has a practical function of some kind, so I wonder if that might be the kind of thing you’re seeking. Might be related to your vault configurations!

I’ll send you what information I have about that so you can decide whether to check it out or not.

(This is an in-game letter sent from my Astrid, a character in my solo playthrough to my character in a co-op actual play, at another table, so this is intertable / crosstable play, both using the Ironsworn: Starforged system.)

I used d100 roles on the Sector Name, (Precursor) Location, (Precursor) Scale, and (Precursor) Form oracles to develop keywords to include in this email, and then riffed the rest based on where Ragnar’s table is at, right now. This is something that can be kept in reserve for use when a role on those tables might be needed next, or as the starter for a new plot line, whatever is most useful.