Battletech from Hairbrained Schemes, published by Paradox Interactive, which I helped support during crowdfunding, has been scheduled to release in April. 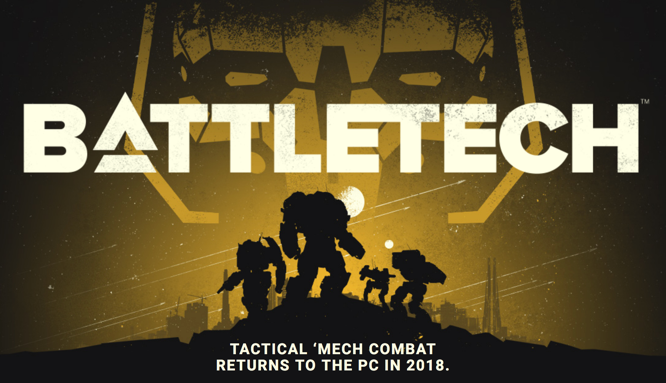 Pre-orders are currently open on Steam, and there’s a “Shadowhawk Pack” pre-order offer with a mech skin and wallpaper. 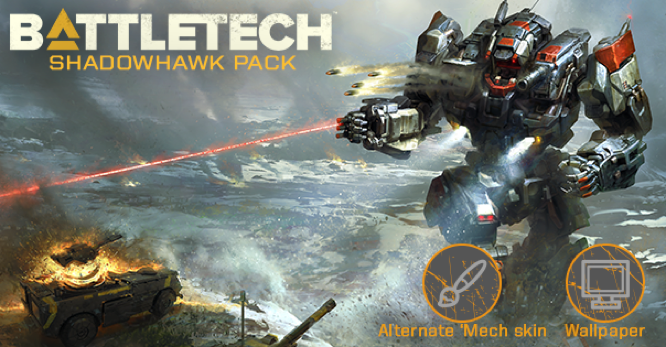 You probably know about Geek & Sundry, and might know about Hyper RPG, but have you checked out Geek Space TV [also]?

G&S was started by Felicia Day, and friends, and is known for many things, not the least of which is Critical Role, now owned by Legendary, and part of Project Alpha. This channel really has broken down a lot of doors which opened the way for many who are live streaming more than just videogames, with shows like Wil Wheaton’s Tabletop and others, really proving that there was both need and space for such things.

Hyper RPG is a channel that was created by Jordan Weisman, of Shadowrun and Battletech and Harebrained Schemes, and Zac Eubank who was the former showrunner of Geek and Sundry’s Twitch channel. Zac left G&S and helped create a new, scrappier channel dedicated to audience interaction with their live streaming tabletop games and shows. They’ve done a lot of shows, and there have been familiar faces from G&S. HyperRPG is the channel where Penny Arcade’s Jerry Holkins and friends have been creating the Acquisitions Inc C-Team actual play show. Recently they also started a show Power Rangers HyperForce. They’re still scrappy and trying to make ends meet, but they’ve got a lot of frenetic energy going for them and have done a lot of interesting shows.

One show you might know about was the Shadowrun: Corporate S.I.N.S actual play series. One part of that show’s audience interaction was a meta-game for corporations, run by teams of viewers, to battle and struggle with each other, as well as create missions and benefits for the players in the series. Anna Cail helped to run that meta-game.

Our goal is to make an inclusive and welcoming channel that works within gaming and geek spaces to promote inclusivity and diversity while keeping you entertained by the genuine geeky passions of our cast members in areas such as tabletop RPGs, VR, and many others.

One of the shows is Leviathan: Distant Stars, which is a Stars Without Numbers RPG actual play series, with Lauren Bond and many of the people you may recognize from the Shadowrun series that ran on Hyper RPG. I’ve been keeping up with this show and it is pretty entertaining. Everyone does a great job, but a standout for me has been the great roleplaying by Claudia of the character Kika, a space bat with strange and synesthetic ways of thinking and doing that end up being darned hilarious. That’s not to slight the rest of the cast, who are doing some good and funny work as well. I’m also hoping that the faction system of Stars Without Number turns into a meta-game that includes viewers, but that hasn’t happened yet. It’s something that seems like it would fit both the series and the lineage really well.

I was hanging out in Anna Cail’s stream the other day and she was talking about how tight money is for Geek Space and some of the struggle that is going on to keep it going.

As an aside, I was also hanging out in the Hyper RPG channel as Zac toured the floor of PAX Unplugged 2017, and he was talking about how small they are, how money is very tight for them, and some of the same issues about trying to keep things going.

The struggle is real, but everyone involved in Geek Space TV, from Anna through the cast of Leviathan, seem much happier than they were before. These seem like good people trying to do good things, you should consider checking them out, and support them with your viewership and donations.