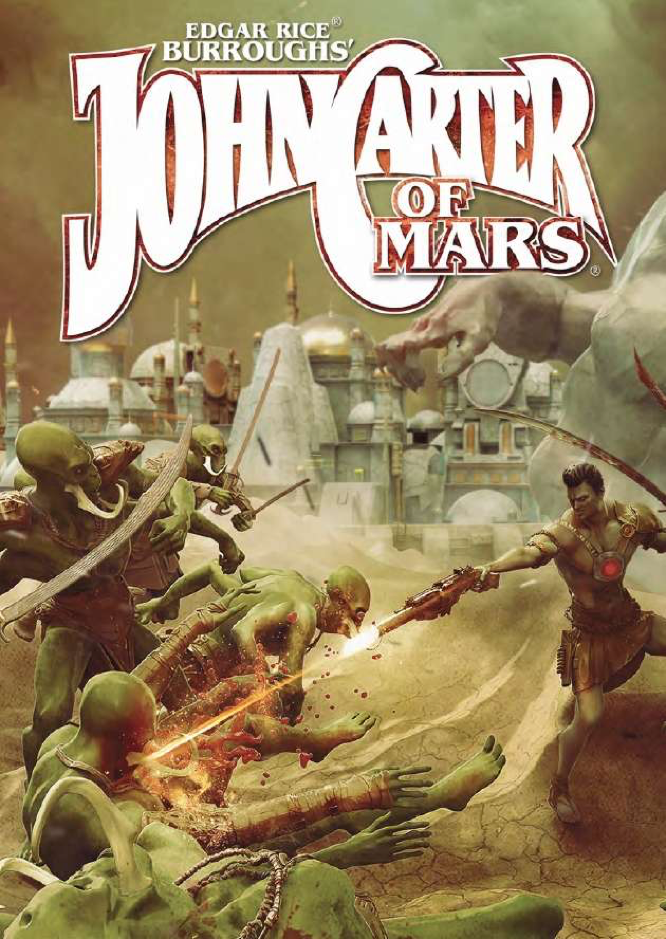 Modiphius has started a crowdfunding effort for John Carter of Mars, a 2d20 roleplaying game set in the universe of Edgar Rice Burroughs’ series. This appears to be, essentially, a pre-order offering and hype train, as opposed to a project actually needing to crowdfund to get done, and has already met the modest base funding goal, but may be of interest if you want to pay for the game in advance of the release, later this year. There’s a variety of packages, though I note there doesn’t appear to be a “borg cube” style collector’s monolith this time around. Still, looks interesting and lavish as a game from a glance!

John Carter of Mars – Adventures on The Dying World of Barsoom is a planetary romance tabletop role-playing game. We’ve created it under license and with the cooperation of the estate of Edgar Rice Burroughs, author of the original Barsoom novels. We’ve also had guidance of Scott Tracy Griffin one of the leading scholars of his works to ensure utmost authenticity.

Using a pulp-action inspired narrative variant of Modiphius’ 2d20 system, Momentum, John Carter of Mars allows players to take the role of various adventurers and heroes as they travel, battle, and romance their way across the wondrous and dangerous world known to its natives as Barsoom. Play as John Carter, the princess Dejah Thoris or the fearsome Thark warrior Tars Tarkas – or create your own new heroes from a wide variety of options.