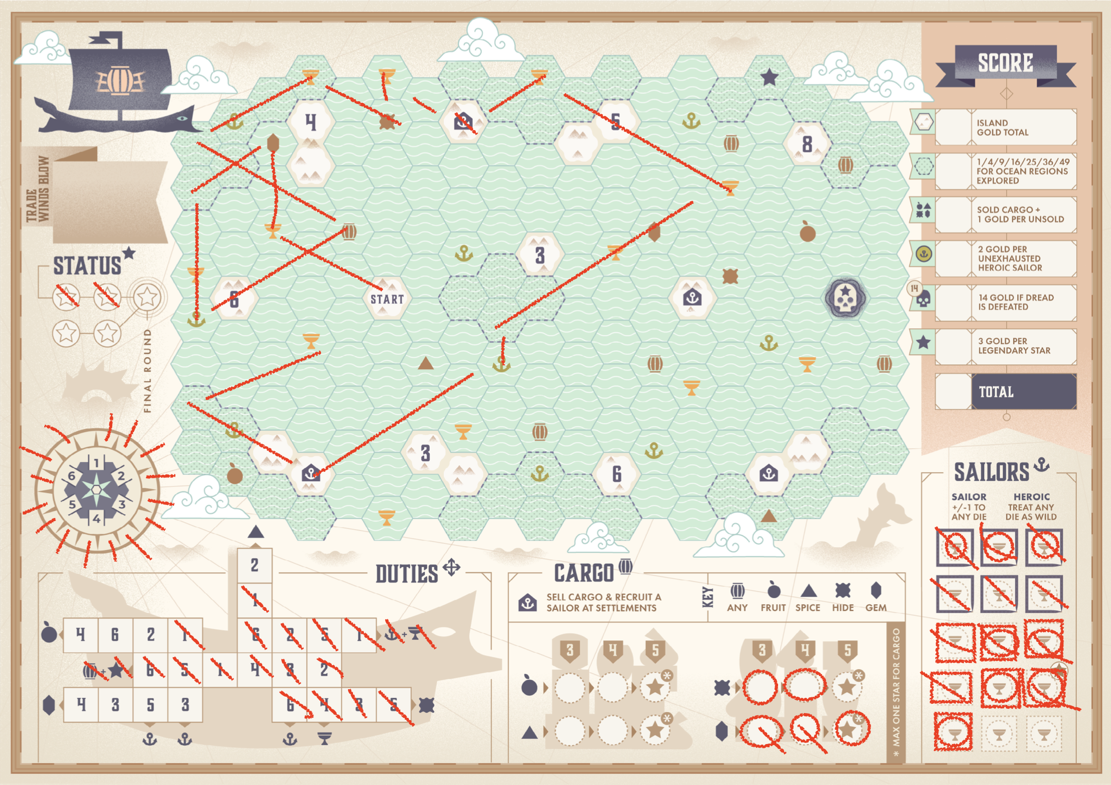 First try, no joy. In my defense, I didn’t realize, until too late, I had to actually sell cargo at the settlements to get the star for them, not just have them accumulated in my hold, though I still did manage to sell two once I figured that out. Other than that, I might have gotten a good score, but overall I spent too much of my limited time being a tourist seeing the sights, I suspect, instead of doing the things I was there to do. I think I was treating this too much like an open world, but there’s only a limited number of ways to get those stars, and so I’d probably best get to those from the start and for real next time.