… and now I think I have a hairball stuck in my throat.

Fur Up by Snowflurry Entertainment

I was given a courtesy copy of this game to play.

Pathologic 2, in development by Ice-Pick Lodge, was just announced by tinyBuild, and you can add it to your Steam wishlist.

Pathologic 2 is an open world survival horror game set in a town being consumed by plague. As the only sane medic around, it’s up to you to save everyone you can.

A-Train by Artdink from Maxis, on six floppies, circa 1992

LONDON HAS TAKEN TO THE STARS! As the captain of a spacefaring locomotive you’ll behold wonders and battle cosmic abominations in the furthest heavens. Stake your claim. Fight to survive. Speak to storms. Murder a sun. Face judgement.

Sunless Skies tells the story of one possible future of the Fallen London Universe. Ten years have passed since Sunless Sea, and Queen Victoria has led an exodus from London to the heavens. There, a revitalised British Empire – ambitious and authoritarian – begins to expand across the skies.

All Walls Must Fall from inbetweengames, which I backed in crowdfunding, will be in Early Access via itch.io and Steam on Aug 8th.

All Walls Must Fall is a Tech-Noir Tactics game set in Berlin 2089, where the Cold War never ended.

Iron Tides by Crash Wave Games, which I supported in crowdfunding, and had a successful Greenlight, is out on Steam in Early Access and currently 15% off.

This “rogue-like Viking simulator” is an adventure at sea with epic tactical battles and dungeon-crawler elements. Conscript your warriors and prepare for a new raiding season!

Community Inc by T4 Interactive, from tinyBuild, is launching on Steam on Aug 3rd.

As a new Manager, build a happy community and trade with other races… for profit. Yes, that’s right, we need their happiness so we can power up our portals. The Lings, your workers, will obey you and help you with your village. But beware, they can cause a lot of problems too. If this is not enough, there are other creatures that will try to do the same, they can trade, fight or help you. Oh, don’t forget about the weather and some unexpected events.

Galaxy of Pen & Paper from Behold Studios was just released, on Google Play, Steam and so forth. Though, apparently the Linux release was delayed. 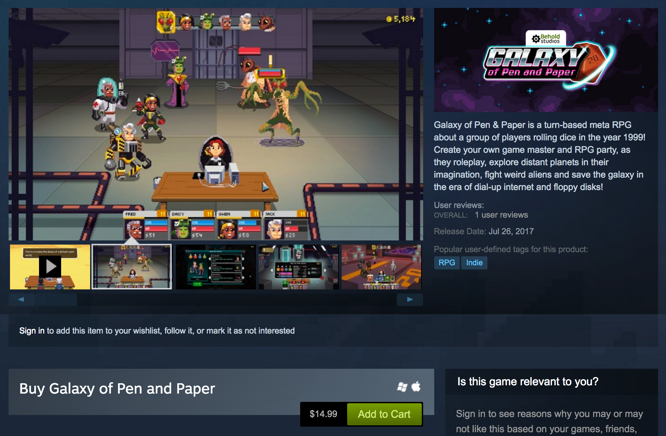 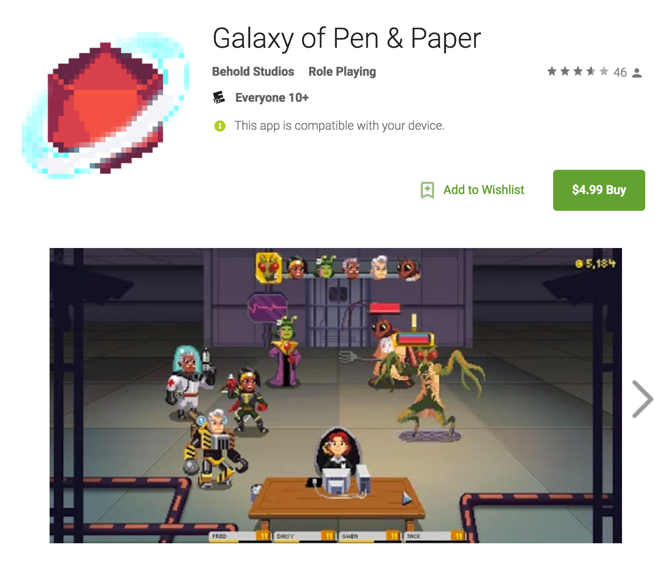 Galaxy of Pen & Paper is a turn-based, space meta RPG about a group of players rolling dice in the year 1999! Create your own game master and dream RPG party, explore distant planets, fight weird aliens and save the galaxy in the era of dial-up internet and floppy disks!

TURN-BASED COMBAT SYSTEM
Assemble the party of your choice, picking your players, races and classes! Unlock new content with the blood, sweat, and luck of your party’s ingenuity and dice rolls!

CUSTOMIZATION
Will your party include a Slayer Simian Savage or a Thinker Green Medtech? Customize everything from your battle encounters to your Game Master’s table!

EXPLORE THE GALAXY OF QUESTS AND LOOT
Gather your adventurers and travel trough a galaxy of pen and paper, and discover the newest threat as they leave Earth. All the fun of a pen and paper RPG with none of the lost dice!

COMPLETELY NEW GAME
Prepare to be amazed with so much new things! Spaceship battles, stories with multiple decisions, sci-fi classes and races, side-way battles, planet navigation and exploration, and of course, traveling through space and time!